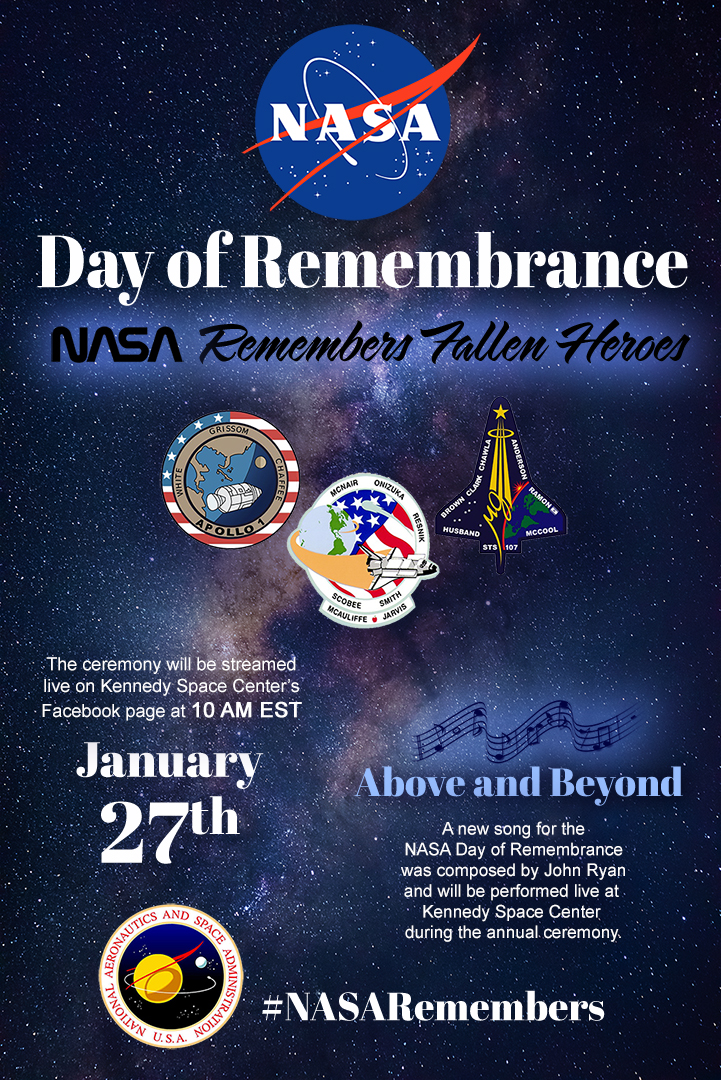 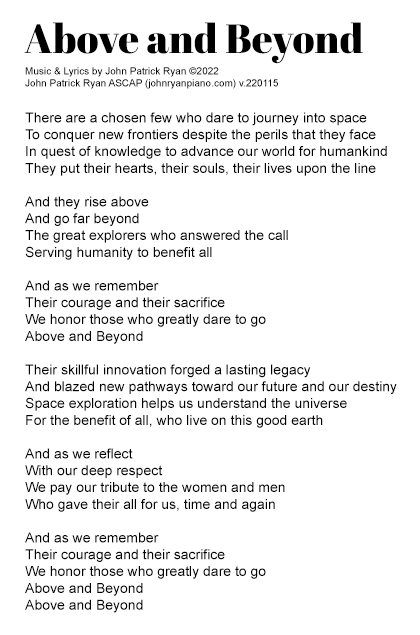 Vero Beach Pianist-Composer John Ryan is honored to be asked by NASA to compose a song for the NASA Day of Remembrance and will debut the composition, "Above and Beyond", at the annual ceremony.  The song illuminates the sacrifice of the courageous people who went above and beyond by putting their lives on the line to help humankind understand our universe.

Pianist-Composer John Ryan has been a life-long advocate of the NASA Space program beginning in Satellite Beach, Florida, where he closely watched NASA’s launches in the 1970’s.  He was asked to compose original music for the first U.S. Space Camp in the 1980’s.  He now observes NASA progress from his home in Vero Beach, where he is the pianist at several private clubs. John Ryan composes music in his studio at One Zen Place, an art and piano gallery where he and his wife showcase art-case pianos and contemporary art in Vero Beach.

As a composer, John Ryan has been commissioned for original music by international corporations and orchestras, including sponsorship of the Olympics and a 911 memorial song entitled, "Never Forget” that is used in annual ceremonies throughout America.  Ryan composes in multiple genres and is widely recognized for his poignant and heartfelt music that appeals to worldwide audiences. 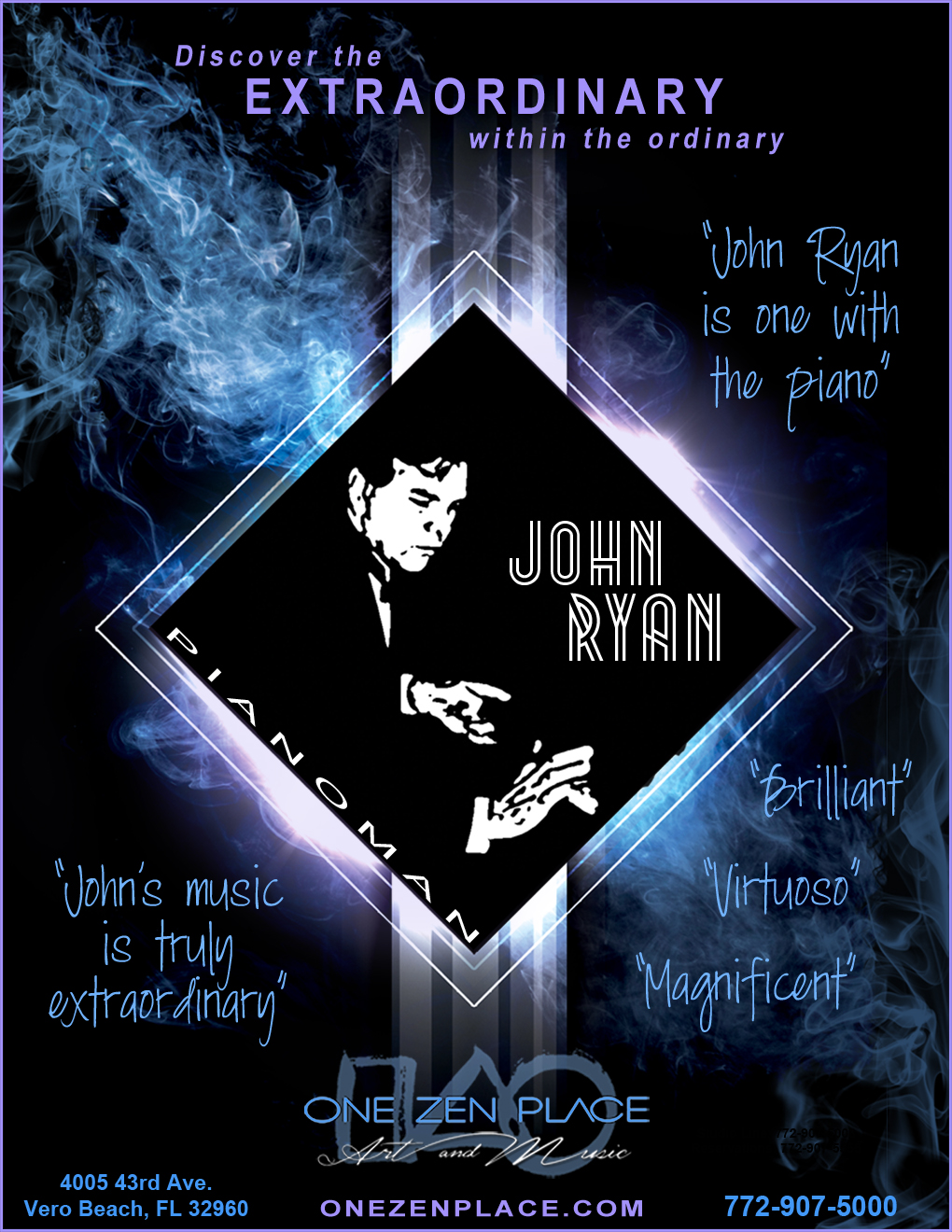 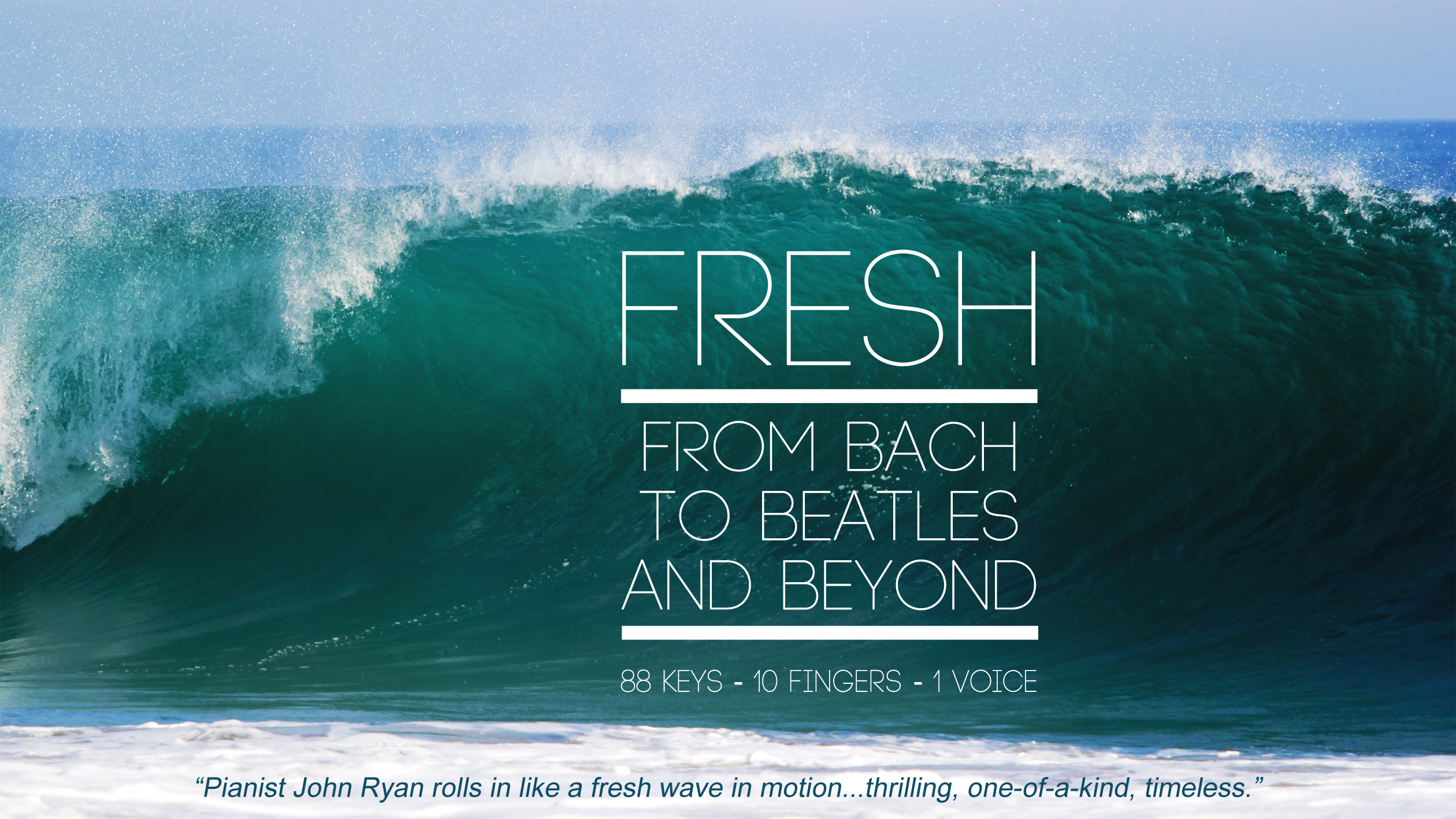 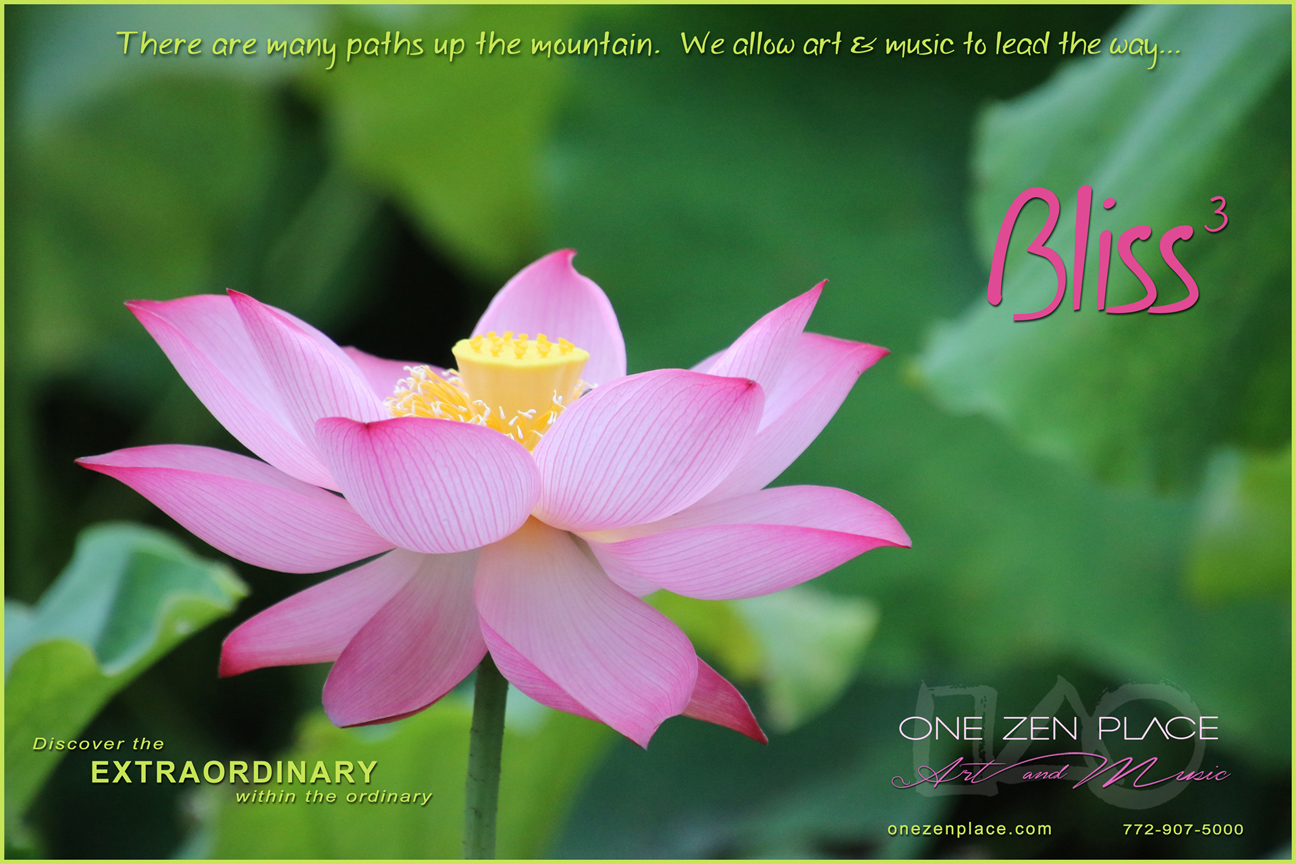